On World Health Day, Ventac recognises the importance of playing our part to keep humans and the planet healthy and reimagine a world where cities are liveable and people have control over their health.

According to the World Health Organisation (WHO) it estimates that more than 13 million deaths around the world each year are due to avoidable environmental causes and it has reported extensively on the health impacts of environmental noise pollution. The WHO has identified long-term noise exposure as an important public health issue and the second most significant environmental cause of ill health in western Europe after air pollution.  Excessive noise, particularly from transport sources, has negative impacts on human health and wellbeing, adversely affecting sleep and cardiovascular and metabolic function.

According to the The Environment Protection Agency (EPA), the human ear hears sound pressures over a wide range of frequencies. Decibels (dB), which are measured on a logarithmic scale, correspond to the way our ears interpret sound pressures.

At Ventac we are International providers of Noise Analysis & Testing Programs, Component Design, Material Composites, Engineering & Manufacturing Services for Vehicle and Industrial Noise Control for over 15 years. With our HQ located in Ireland and offices in the UK, Netherlands, Czech Republic and Turkey we provide customer and engineering support to our international customers.

With our on-site innovation and acoustics laboratories located in our HQ, Ireland, Ventac utilise sound quality hardware and two acoustic cameras for acoustic testing and analysis programs to deliver quick and precise identification of acoustic problems and solutions.  We can also provide our customers with responsive remote access to our team of acoustic experts via the Ventac App.  The app enables customers to make good quality acoustic measurement of their vehicles using the accuracy of a Class 11 externally connected microphone. 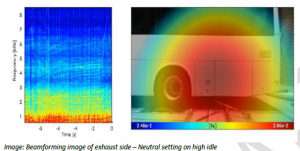 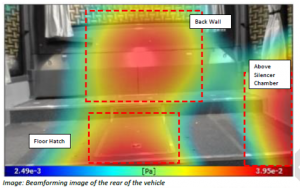 Each of Ventac’s solutions are supported by and manufactured in accordance with the exact needs of our customers, and our forward thinking helps our customers to find the perfect solution for their problem.  We guarantee to make your vehicle quieter through our targeted noise reduction solutions, and very much results drive with a 100% success rate.  Reductions of over 10-15dB in tonal noise levels have been achieved using Ventac’s bespoke acoustic solutions across the Bus & Coach, Material Handling, E-Vehicles, Agriculture, Specialist and Construction sectors.

For further information, about your vehicle or industrial noise control project, email info@ventac.com or call our acoustics team on +353 (0)45 851500

Sign up to our e newsletter and we will keep you updated on all the latest news. 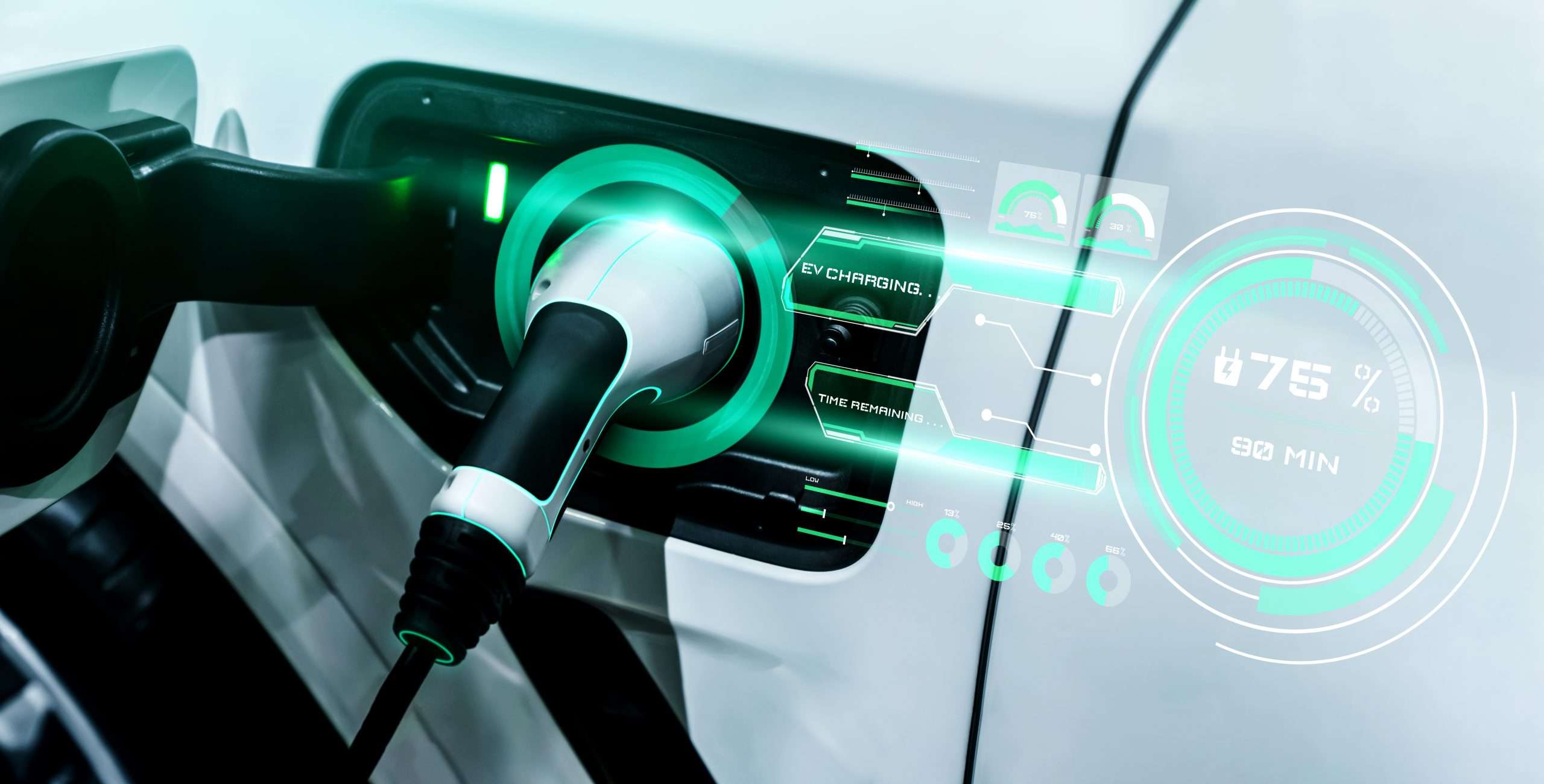 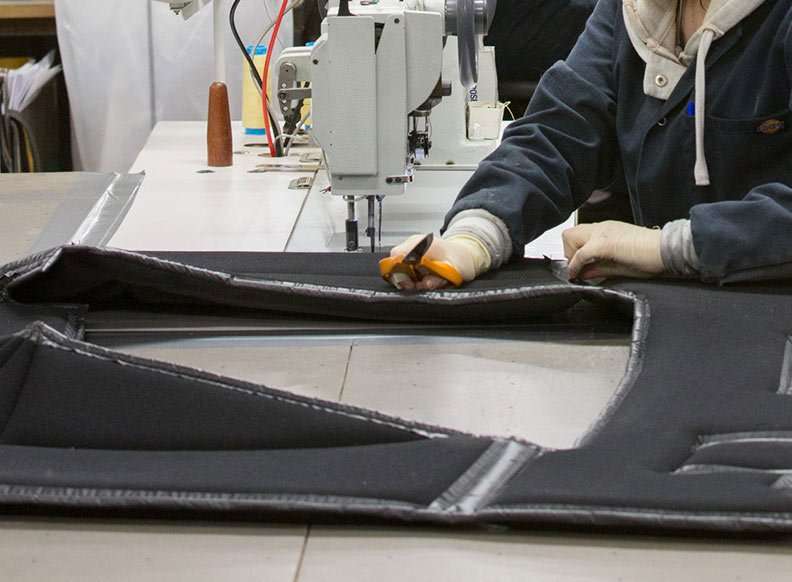 ENGINEERING & MANUFACTURING TECHNICIAN Ventac work with international clients to provide high performance acoustic solutions across the vehicle and industrial noise control sectors.  We are a total solution provider from acoustic testing right through to design, manufacture and supply.  We are currently looking for an engineering technician to provide support to our engineering team. Duties 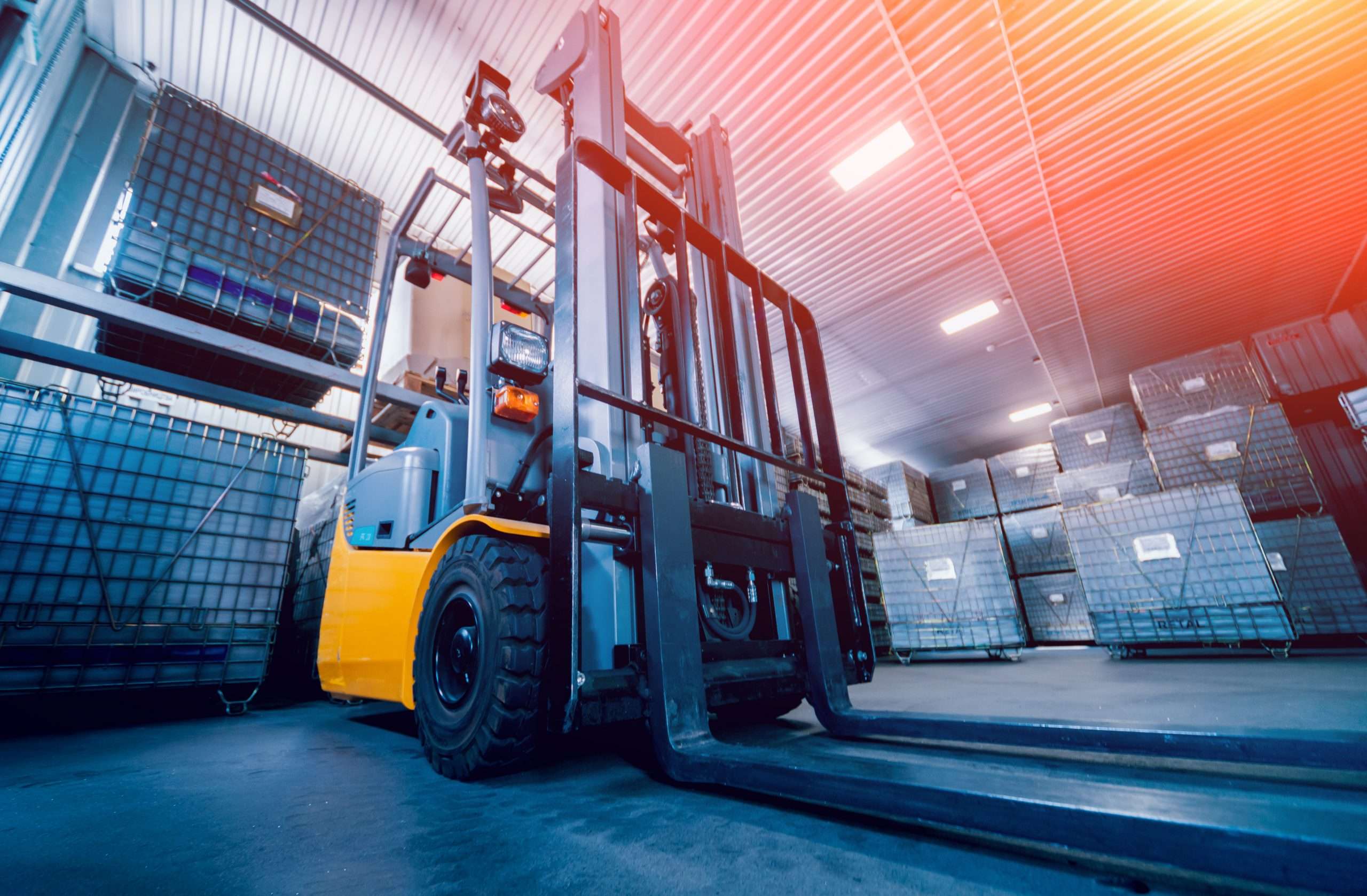 MANUFACTURING & DESIGN ENGINEER   Ventac, an export focused manufacturing company, is looking for a talented and motivated Manufacturing and Design Engineer to join our Engineering team.  Ventac work with international clients to provide high performance acoustic solutions across the vehicle and industrial noise control sectors.  We are a total solution provider from acoustic testing

MECHANICAL DESIGN ENGINEER   Ventac located in Blessington, Co. Wicklow is an export focused Award-winning manufacturing company, and we are  looking for a talented and motivated Mechanical Design Engineer to join our Engineering team.  Ventac work with international clients to provide high performance acoustic solutions across the vehicle and industrial noise control sectors.  We are 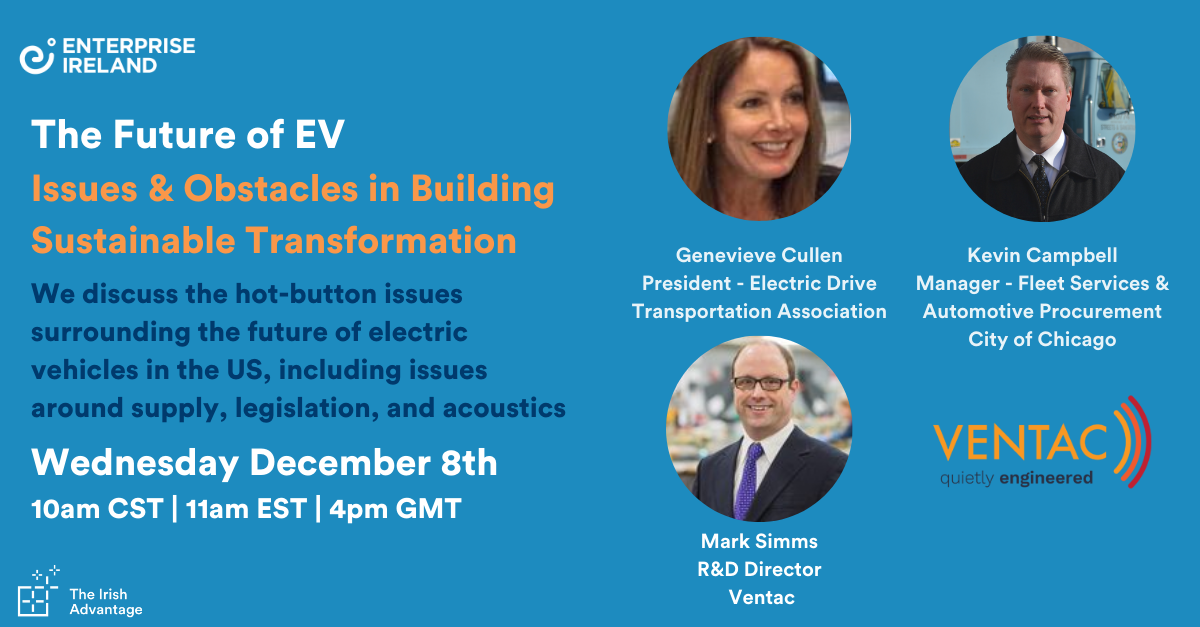 The Future of EV: Issues & Obstacles In Building Sustainable Transportation

LIVE WEBINAR   The Future of EV: ‘Issues and Obstacles in Building Sustainable Transportation’ Wed, Dec 8, 2021 4:00 PM – 5:00 PM GMT US transportation is moving towards a more sustainable future, driven by the growing importance of electric vehicles. As global automotive manufacturers prioritize their EV strategy for the coming years, we look at

Ventac have been in business since 1972, working with international clients to provide high performance acoustic solutions across the vehicle and industrial noise control sectors. Reliability, expertise and exceptional customer service are at the core of Ventac’s services and their knowledge and experience in operating within their markets has established them as a household name in the supply of quick and effective noise control solutions.